The Horn In The Corn 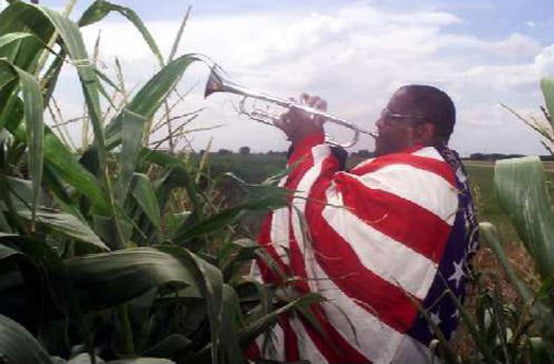 Juneteenth, or the “19th of June,” recognizes June 19, 1865 in Galveston, TX when Union General Gordon Granger announced freedom for all slaves in the Southwest. Texas was the last of the states in rebellion after The Civil War to allow slavery. General Granger’s announcement came in the form of General Order #3, which he read from the steps of Ashton Villa in Galveston.

This occurred more than two and a half years after the Emancipation Proclamation was issued by President Abraham Lincoln and more than two months after the surrender of General Lee in April of 1865.  General Granger’s announcement was received with great joy and celebration by the newly freed slaves, as well as uncertainty on where to go or what to do with their newly acquired freedom. Few had scarecely dared to dream that this day would one day be a reality.

Their journeys would take them to every corner of the United States and their lives would go in many different directions. However, the one thing that all took with them was the memory of the day they became free. Juneteenth became an annual celebration and thus was established as America’s Second Independence Day Celebration and the oldest African American holiday observance which continues to be celebrated today across the nation as the date that through out the United States freedom finally rang… for all!

“I hope the US Congress will pass legislation to make Juneteenth Independence Day a National Day of observance, like Flag Day or Patriot Day … and that President Barack Obama, the first African-American President in US history, will also issue a Juneteenth Presidential Proclamation, so that Juneteenth will be officially placed on all calendars.” (Doc Myers)

Forty-two states now recognize Juneteenth as a state holiday or special day of observance. YOU CAN HELP!

Our Heritage Magazine joins with Doc Myers in this campaign. We hope you will join us too.

The Rev. Ronald V. “Doc” Myers, Sr., M.D., physicians and medical missionary in the Mississippi Delta, was also a jazz musician, well-known for his “trumpeting” all over the country and anywhere he can bring the special “magic” of the Blues, especially to promote “June is Juneteenth African American Jazz Legacy Month.” – www.juneteenthjazz.com