With the coming of Veterans Day, many images and memories are brought to mind, especially for those who have worn the uniform of the Army, Navy, Air Force, Marines or Coast Guard. While Veterans Day is a federal holiday that is intended to honor and thank all who served in the United States Armed Forces, it also has a multitude of meanings to us as individuals. For some, it is a day to remember a loved one’s service to our country. For others, it is a day to commemorate and honor fallen comrades. For us here at Our Heritage, it is an opportunity to pay tribute to those African-Americans who served their country throughout its long military history.

Our African-American soldiers have an impressive resumé that dates back as far as our country’s birth. During the Revolutionary War, approximately 9,000 freemen and slaves fought valiantly against the British. African-Americans, many of them escaped slaves, made up fifteen percent of the naval corps during the War of 1812. Four black regiments served in the Spanish-American War. During the Civil War, black leaders such as Frederick Douglass encouraged black men to become soldiers to ensure their eventual full citizenship; by the end of the war, roughly 179,000 black men served as soldiers in the U.S. Army and another 19,000 served in the Navy. World War I, World War II, the Korean War, Vietnam, the Gulf Wars—black soldiers fought, and died, in all of them. 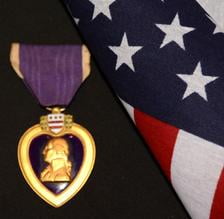 This resumé of enduring service is lacking in one area, however. In the space designated for medals, awards, and recognition for achievement and valor, it is decidedly sparse. While every soldier that has served our country honorably from its inception holds a place of honor in our hearts and minds, we will be spotlighting those who for so many years, decades, and even centuries, remained unsung heroes. They gave their best, and many gave all, to establish and protect this country. At a time in which slavery, then segregation, was a cruel fact of life, these soldiers displayed a true strength of character—volunteering their own lives to protect a nation that didn’t consider them as full and equal citizens. At the end of World War II, no African-American who deserved the Medal of Honor for his service received it. These soldiers were denied recognition not because they lacked outstanding accomplishments, but because of racism. 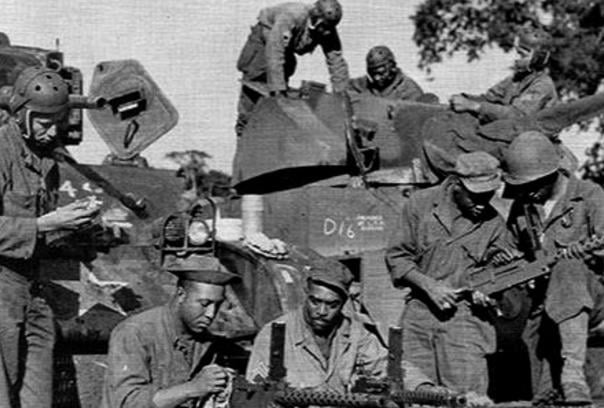 Some 50 years later in 1997, a part of this injustice was redressed when President Clinton presented the Medal of Honor to Vernon Baker during White House ceremonies honoring seven African-American World War II veterans. (Sadly, Baker was the only one still alive.) The others honored posthumously were Staff Sgt. Edward A. Carter Jr., 1st Lt. John R. Fox, Pfc. Willy F. James Jr., Staff Sgt. Ruben Rivers, 1st Lt. Charles L. Thomas and Pvt. George Watson. While these men eventually received the recognition they deserved, there are still many unsung heroes and countless stories of the heroic acts of black soldiers that served in all of our country’s wars and conflicts that remain untold. We will endeavor to remember these soldiers, and inspire you with their stories.