Tribute to a Forgotten Vietnam War Hero from Jonesville, LA 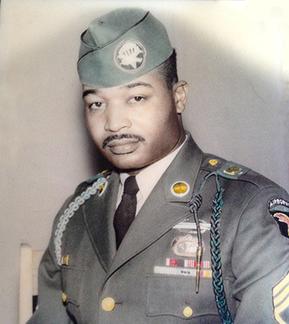 SFC Howard Lee Early – “I cannot help but think that, in a different time, a different place, or a more popular war, that just maybe, Howard would have been awarded the Congressional Medal of Honor instead of the Silver Star for his last great act of heroism.” – Murph Jack (Tex) Marrow

On May 28, 2002, the day after the Memorial Day holiday, I, Murph Jack (Tex) Marrow, retired Army Combat Infantryman, kept a promise to my friend and Vietnam veteran brother in arms, Howard Lee Early, by visiting his grave in St. Mary’s Cemetery in Jonesville, LA. Early was killed in action 33 years ago, but I had only recently been able to pay my respects to this true war hero. Like many of the Vietnam Vets, I had tried to put the memories of my tours in Vietnam out of my mind, and forget about that sad and difficult time in our country’s history.

I had been quite successful in burying the horrors of Vietnam until, quite by chance I found myself parked across the street from the Vienam War Memorial Wall in Washington DC. I had been in DC to participate in a wreath-laying ceremony to honor the Tomb of the Unknowns, as I had done the previous year, but could not bring myself to visit the Wall. But this time, fate intervened.

During my visit at the wall, I started looking up a few close Army buddies, and most especially the five other Infantrymen who were Drill Sergeants with me during 1968 at Fort Sam Houston, San Antonio, Texas. The other five Drill Sergeants and I all came up on orders for our second tours to a combat zone as Infantrymen at almost the same time. All had vowed to stay in touch while in Vietnam.

Five of the six men, including myself and Early, were Senior Drill Instructors and class leaders in friendly professional competition with each other for top class honors. Out of the six men who left for Vietnam from this small unit, only two came back alive. I was one and the other a non-commissioned officer.

I was assigned as an Infantry Advisor to an Army of the Republic of Vietnam (ARVN) Infantry Battalion. Early spent the first six months of his tour with the 82nd Airborne Division, but after six months he was allowed to transfer to Advisory Duty in the south where he was assigned to a Mobile Advisory Team not far from my location.

I encountered Early by chance while on a re-supply chopper flight which landed at Early’s base camp with supplies. This was just prior to “Tet,” the Vietnamese New year, in 1969. We spoke briefly and made plans to get together in Vinh Long (the Province capital) after Tet and visit for a couple of days. We agreed that we would stay in touch as we were only 10-20 miles apart and both monitored the same Advisory Team radio frequency.

I was in radio contact with Early’s team and happened to be monitoring the radio on the afternoon of February 19, 1969. I had the misfortune of hearing Early, the team medic, and the Lieutenant voluntarily charge into the rice paddies with a small popular force Vietnamese team to repel a Viet Cong patrol. I listened to Early’s team [SFC Howard Lee Early] courageously engage the Viet Cong in a fierce fire fight and at the same time request helicopter gun ship support.

Then all at once I heard that Early and the team were themselves caught up in an ambush with no way to escape. I continued to listen to their heroic fight, hoping that a helicopter-borne relief could be mounted in time to pull them out. The only way in or out of Early’s location was by canal or helicopter.

But darkness arrived before the helicopters and the team members did not respond to further radio calls. I continued to monitor the radio while the helicopter crews braved the heavy ground fire, searching for survivors or killed-in-action. I remember that it took them quite a long time to locate Early. I figure that he put up one heck of a fight and the Viet Cong paid dearly for his life. Early’s body was the last one recovered.

I attended the Memorial for Early and the other team members at the Air Field Chapel in Vinh Long. I did not escort his body back home as James Griffin, another one of the our Fort Sam Houston infantry buddies who had been in Early’s Drill Sergeant Team, was still at Fort Sam and wanted to escort the body.

After the funeral, Griffin wrote me a letter in which he said that he was ashamed that Early had not received a proper military funeral befitting a bona fide combat hero. But I put this out of my mind due to the fact that Vietnam had become a very unpopular war. I did, however, promise myself and Early’s memory that I would visit his grave and pay him the proper respect he deserved. 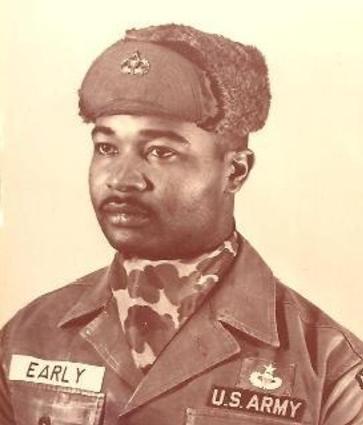 I finally kept my promise to Early the day after Memorial Day this year. When I finally located the small cemetery far back in the corner of a residential area, I was appalled. After locating the grave of this true American hero, I lost control, broke down and sobbed. My heart actually hurt for Howard Lee Early.

Here it was, the day after Memorial Day, and this great American, who courageously gave his life for his country, did not even have a flag on his grave. We noticed several other Veteran’s graves in this small obscure cemetery, including Howard’s father. None were honored with their country’s flag.

On the way back home to Dallas, I tried in vain to understand why no one had taken the time to honor Howard Lee Early, this true American hero. After talking with Darry Early, Howard’s nephew, who was a young boy when Howard was buried, I decided that after 33 years, I owed it to Howard, his family (especially his children), and Jonesville, Louisiana, to let them know about their hometown hero so they might honor him too.

Howard Lee Early was born on August 11, 1932 and joined the US Army in Jonesville. He served his country as a Combat Infantryman, Airborne (Master Parachutist), Drill Sergeant Qualified. He was, simply put, one of the most outstanding soldiers to have ever served our country in combat. He was a man’s man. Even though I competed against Howard during our troop training days at Fort Sam Houston as a friendly rival, down deep I knew that in many respects he was a better Drill Sergeant than I was. (Of course, I never admitted this to him.)

To his friends and military peers, Howard was unique. He looked like and reminded us of the great Rev. Martin Luther King, Jr He was a great soldier, a great American, and the world is surely a better place because Howard Lee Early was here.

Howard Lee Early was killed in action in the Republic of Vienam in Vinh Long Province on February 19, 1969. At the time of his death, he held the rank of SFC/E7. I cannot help but think that, in a different time, a different place, or a more popular war, that just maybe, Howard would have been awarded the Congressional Medal of Honor instead of the Silver Star for his last great act of heroism. Howard Lee Early’s military awards included: 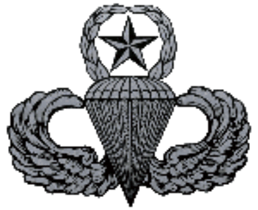 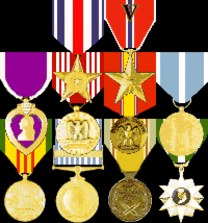