What was so Great about the Great Migration 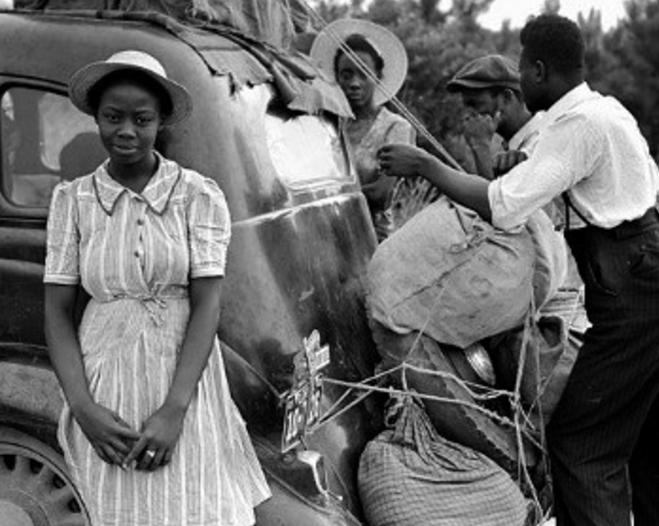 The Great Migration was the movement of 6 million African Americans out of the South to the Northeast, Midwest and West from 1910-1970.

Ask almost any African American about where their family roots spring from, and you would be hard pressed to find someone whose ancestors didn’t at some point in history leave their footprints in the fertile soil of the American South. Not the romanticized South of Gone with the Wind, but closer to the South exposed in Roots. The South of slavery and sharecropping and segregation. The South that for generations simultaneously depended on and despised blacks. This love/hate relationship developed to such an extent that it created a system of psychological warfare that kept blacks in a state of poverty, whites in a state of fear, and both in a cycle of distrust—until, that is, the onset of one of the most overlooked, underreported, and unprecedented departures of the 20th century—the Great Migration.

This departure of black Americans from the South to points West, Northeast, and Midwest saw over six million leave the increasingly uncomfortable surroundings of their southern homesteads and migrate to the unfamiliar and still uncomfortable environments of cities they had only heard of or read about. What made this migration so great was the sheer number of people who made the decision—individually or collectively—to depart the familiar place of their birth and their entire lives, and set off for unknown lands, albeit within the borders of their own country; a country that, from their experiences, disregarded them except for the necessary function of underpaid and ill-treated labor.

The first wave of the Great Migration took place between 1910 and 1930—with about 1.5 million blacks transitioning from the South. The second wave occurred between 1940 and 1970, when over 5 million left the South to explore employment, education and housing opportunities that eluded them in their southern home states. Blacks left the cow pastures of Texas, the bayous of Louisiana, the dusty grain, corn and cotton fields of Mississippi, Alabama and Georgia, the lush citrus groves of Florida, and the fertile tobacco fields of the Carolinas for points far and wide and as unfamiliar as a new pair of church shoes. 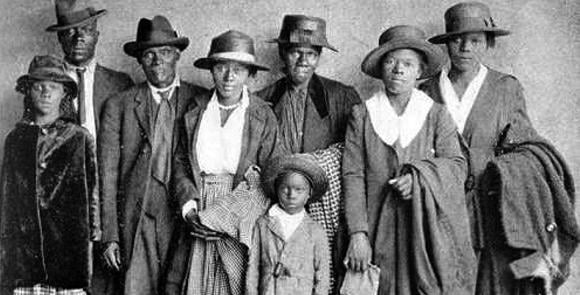 For Louis Childers, a retired U.S. Air Force Social Work Officer and currently a school social worker with the Atlanta Public Schools, the story of his family’s migration to Ohio is bittersweet. “My great-grandfather died of white lung working in the North Georgia chalk mines, my grandfather was killed as a railroad worker, and my great-grandmother’s brother was lynched by a mob,” explains Childers. His mother, Lila Fletcher, was less than a year old when her family moved from the town of Cartersville in Northwest Georgia to escape not only the violence, but the extreme poverty. The Fletcher family left Georgia in 1920 and headed to the industrial Midwest to make a better life for themselves. They stopped in Toledo, Ohio, where another family member had already put down roots. Shortly thereafter, they moved to Cincinnati, where they eventually settled.

Around the same time, his father’s family, who owned land in Bibb County, Georgia, escaped the South for reasons of their own. “My father’s aunts moved to Ohio because they wanted no part of the hard life of farming,” says Childers. “My father followed them to Cincinnati, while his other seven siblings all migrated to New York and found work as domestics and factory workers.” There was work in slaughterhouses throughout the Midwest and Northeast. Blacks also found employment in the steel, shipbuilding, automobile and meatpacking industries.

To most, the “why” of the Great Migration is obvious; blacks were sick and tired of being sick and tired. They had reached the tipping point where the critical mass agrees, whether consciously or not, that enough is enough. And rather than continue to accept life as it was—constantly adjusting to the whims and wishes of whites, and accepting the mistreatment and abuse of a system designed for their subordination and failure—they simply stopped playing the game and took a chance that what was hidden in the great unknown had to be better than the nightmare of the familiar.

In her highly acclaimed epic, The Warmth of Other Suns, Pulitzer Prize-winning author Isabel Wilkerson depicts how blacks took advantage of a perfect storm that was created by the realities of the time. During the first wave of the Great Migration, a significant number of working-age white males were sent abroad to fight in World War I, creating a labor shortage in the United States. Blacks saw an opportunity to fill the need for workers in the factories and warehouses that had cropped up in the developing industrial age. Those who left the South, often under cover of night, would arrive in these new cities with nothing more than the clothes on their backs, a trunk of their most precious belongings, and their hopes and dreams for a better life.

During the second, larger migration, the call to depart the South came in the form of a flier distributed by the Ford Motor Company advertising factory work paying $5 a day, as well as the seemingly endless job opportunities, the freedom from kowtowing to whites, the ability to send their children to good schools, to develop their own communities, build their own businesses, and define their own futures. After growing up amid the ugliness of life in the South, in which such things as children of sharecropping parents walking to school and passing by trees riddled with the “Strange Fruit”—lynched male bodies—(mentioned in the lyrics of Billie Holiday’s popular song) along the way was common place, many blacks chased the tales of those who had gone before them.

For some, those hopes became true, but for others, the harsh unfairness of segregation followed them and turned their dreams into a new kind of reality. Well-paying jobs aside, blacks often faced a new breed of discrimination they thought they had escaped when leaving the South. Often, the pushback came from new immigrants to the U.S., vying for the same jobs and housing opportunities in the increasingly overcrowded inner-cities. Yet, over the decades that defined the great migration, and in the decades since, African Americans have made enormous strides to find their place in the urban and suburban communities they now define as home.

The outcomes of the Great Migration truly stand as a testament to the greatness of the movement. African Americans fought to chart educational and career paths reaching far beyond what they would have had access to had they remained in the South. They overcame overt and covert resistance to their cultural expression. They established schools, businesses, churches and neighborhoods. And they influenced a nation that, had it not been for the Great Migration, wouldn’t know the many scientific and medical inventions, artistic talents, athletic accomplishments, political advancements, and social improvements all Americans enjoy today. Without a doubt, the impact of the Great Migration reaches deep into the America of today and tomorrow.