From Du Bois… to King… to Obama

A Legacy of Progress in the Civil Rights Movement

The concept of civil rights is at the very core of the United States of America. Founded on the principles that a government should serve the will of the people and provide protections of the basic God-given rights afforded to all, America has experienced a remarkable transformation from the days of declaring its independence from Great Britain in the 18th century. Through numerous battles and civil disturbances, the citizens of this country have sought to uphold the standards set forth in the Declaration of Independence; that when a government does not represent the will and rights of the people, those people have the right to replace or correct the government to ensure their own rights to pursue happiness and a secure future.

The document which declared the independence of a nation has since been scrutinized, canonized, and criticized over centuries and yet still stands as representative of what this country is destined to become — a nation representative of all citizens. Even as the founding fathers excluded blacks as human beings and citizens worthy of experiencing and enjoying the unalienable rights of life, liberty and the pursuit of happiness, history and justice would affirm the undeniable inclusion of African Americans in these most basic of human and civil rights. Yet, in the pursuit of civil rights in this country, African Americans have experienced centuries of civil wrongs.

Civil rights, at their very core, are those undeniable legal or moral entitlements designed to protect the freedom of individuals from government or private interference in enjoying the privileges to exist safely and participate fully in a society, free from the threat of harm, discrimination or repression. Despite what American history teaches, African American history did not begin with slavery and end with the Civil Rights Movement. Black people created and enjoyed a way of living, a history and a legacy for themselves long before slavery came to the shores of this land. For the majority of the existence of Africans in America, there has been a struggle to partake in the human and civil rights upon which this country was founded. Numerous voices have cried out through the ages and countless others have fought and struggled to declare and insist upon these civil rights for African Americans.

One of the most notable among them is W.E.B. Du Bois. Born William Edward Burghardt Du Bois on February 23, 1868 in Great Barrington, Massachusetts, he would become a vocal and intellectual force amid a tumultuous effort to gain an understanding of how blacks would achieve equality and civil rights in America. An intellectual on all fronts, Du Bois graduated from Fisk College (now University) in Nashville, TN, studied in Germany and became the first African American to earn a Ph.D. from Harvard University. Trained in social sciences, Du Bois developed the view that the condition of the American Negro was a symptom of racism rather than a result of the long-held belief in the innate inferiority of blacks. He believed the way to position Negroes on equal footing with whites was through higher education, political power and integration. 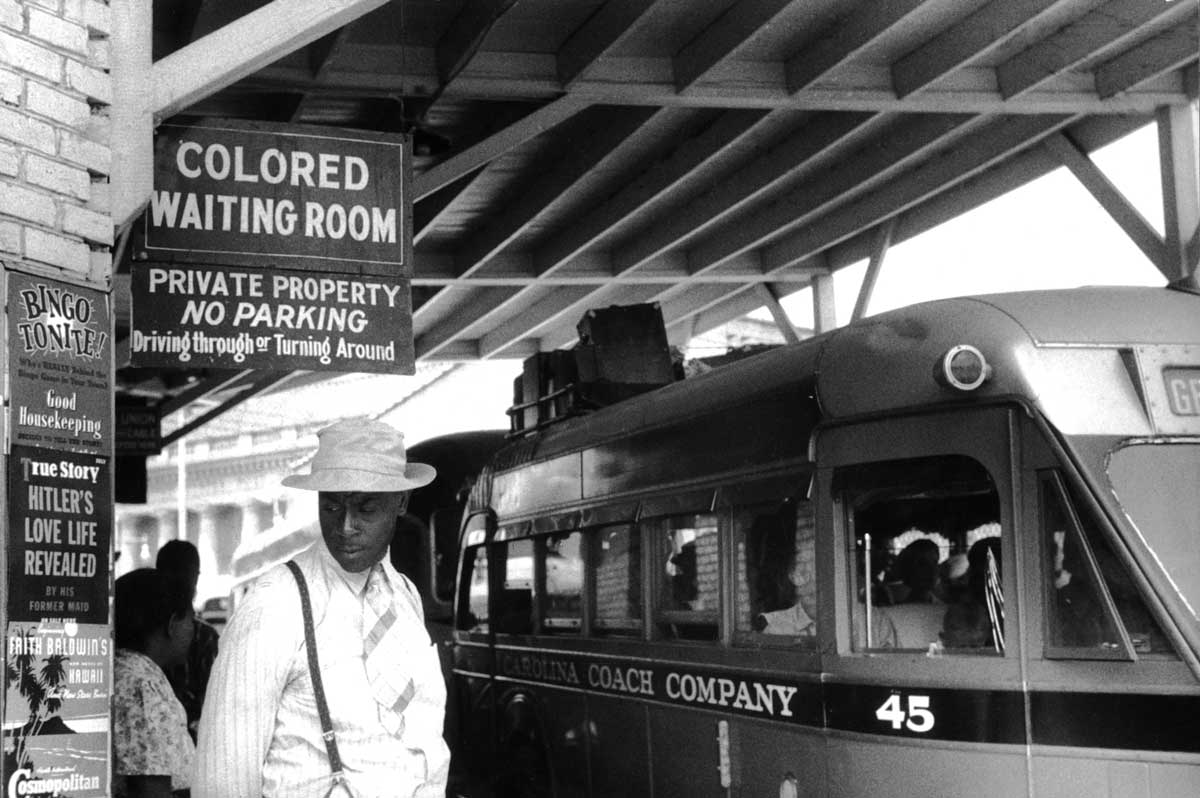 Du Bois’ approach to equality among the races clashed publicly with several notable characters in the movement for civil rights, namely Booker T. Washington and Marcus Garvey. Washington’s belief was that blacks should forego political aspirations and academic achievement in favor of industrial education. Rather than force their intellectual prowess on white society, Washington believed that hard work and economic gain was the way for blacks to win the respect of whites. The differences between Du Bois and Washington polarized the leaders of the black community into two wings—the “conservative” supporters of Washington and his “radical” critics who supported Du Bois’ notion of “educate and agitate.”

Similarly, Du Bois’ approach was at odds with that of Marcus Garvey, the Jamaica-born Pan-Africanist, who created the Universal Negro Improvement Association (UNIA), which sought to unite all descendants of Africa from around the world. Garvey was a popular organizer who had tremendous influence among the masses and was able to rally massive support for his cause. The striking contrasts among these camps of thought likely contributed to the ongoing civil wrongs — discrimination, racism and violence against blacks — on the one hand, and the birth of a progressive new Civil Rights Movement on the other. 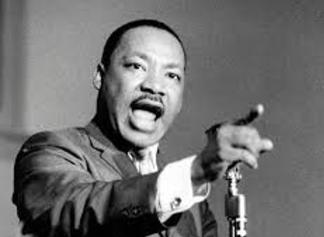 A King on the Horizon

Undoubtedly, Du Bois was an influence on the thinking and the movement led by Dr. Martin Luther King, Jr. Taking up the mantle from Du Bois, King was well aware of the impact that Du Bois had made on the black intellectual, economic and self-determination movements.

Ironically, just 40 days before he was assassinated, Martin Luther King, Jr. spoke at an event marking the hundredth anniversary of Du Bois’ birth, at Carnegie Hall in New York City, at which he stated:

“We cannot talk of Dr. Du Bois without recognizing that he was a radical all of his life. Dr. Du Bois’ greatest virtue was his committed empathy with all the oppressed and his divine dissatisfaction with all forms of injustice.”

As the Civil Rights Movement progressed into the 1960s, Dr., Martin Luther King Jr. led the way, insisting that peaceful protest was the best way to gain the attention of whites, and passive resistance the most effective method to achieve civil rights denied. Yet, throughout the King era, many civil wrongs were experienced, not the least of which were the countless lynchings, bombings and beatings experienced by numerous men and women who fought on the front lines and the sidelines of the war against racism and discrimination.

For King, the focus was on righting the wrongs perpetrated against disadvantaged Americans of all ethnic backgrounds. This stance attracted whites and other sympathizers to the movement, although poor whites, mostly from the south — many of whom would stand to gain just as much as disenfranchised blacks — were among the greatest resisters to the Civil Rights Movement. Despite the violent tactics used by Southern whites, the Civil Rights Movement gained momentum and eventually resulted in the demise of the Jim Crow laws of the south, leading to integrated schools, businesses and public facilities. The hard-won victories were attributed to the efforts of hundreds of thousands of average African Americans who wanted a better life for themselves and their children.Strategic Efforts: Plessy and Parks

The road to civil rights victories has been paved with the efforts of those who fought strategically to test the laws of the land. Civil rights gains did not just happen, they were often planned, tested, and rehearsed to ensure the greatest outcome. However, even some of the best laid plans resulted in less than victorious results.

Even before the term “civil rights” became a part of the American lexicon, blacks sought the equality they believed was their right. The Supreme Court case of Plessy v. Ferguson stands as a critical incident in the examination of civil rights strategies. In 1892, civil rights activist Homer Plessy, a New Orleans, Louisiana resident with 1/8 African heritage — nearly white in appearance — refused to give up his seat in a whites-only streetcar. He was arrested and charged with violating the Separate Car Act of 1890. Judge John Ferguson ruled against Plessy, as did the Louisiana Supreme Court and the United States Supreme Court in 1896, thereby ushering in the era of formal, legalized segregation known as Jim Crow laws.

It is quite possible that the Plessy case of 1892 influenced that of Rosa Parks in 1955. A 42-year-old Parks refused to move from her seat on a Montgomery, Alabama bus to allow a white patron to sit. In both cases, the collaboration among members of civil rights groups was critical to the implementation of the plan. In the case of Plessy, the group behind the effort was the Citizens’ Committee to Test the Constitutionality of the Separate Car Law. In Parks’ case, it was the National Association for the Advancement of Colored People (NAACP). Although the cases resulted in different outcomes, it is important to note that each incident included a strategy that considered the background of the chosen representative, the laws of the day, legal representation and grounds for opposing the law.

Other strategic efforts were made during the Civil Rights Movement, much to the chagrin of whites. Many whites feared immediate and excessive changes to their safety and overall lifestyle as a result of the end of Jim Crow. However, America as a whole discovered that change occurred slowly and that the damage done to the psyche of blacks as a result of hundreds of years of slavery and segregation would take generations to undo.

A Time of Change

What seemed to be the final frontier of black firsts in America occurred in 2008 when Barack Obama was elected President of the United States.  A change had come to a nation that still holds memories of the Civil Rights Movement, remnants of separate but equal, and psychological scars from “isolated racial incidents” that occur throughout the country even to this day.

While the election of President Obama for not just one, but 2 terms, symbolizes a new era in America, there is still work to be done. As America has experienced throughout its history, change takes time. During the time of change people learn to accept what is new, release old ways of thinking and embrace a vision of what the future holds.

Soldiers in the struggle for civil rights could be easily forgotten as time progresses and new milestones are reached. Yet, reminders of the history remain a testament to the multitude of cases, incidents, and brave freedom fighters who fill the annals of the civil rights struggle in America. As we celebrate the successes of today, the struggles and victories of generations past shall not be forgotten. 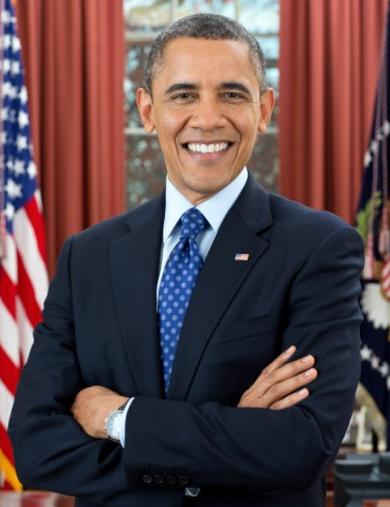