Our Story, It’s in the Telling

Part of the Straight Up! No Chaser! Commentary Series By:​ Tonya Crew, JD

I recently attended a screening of Quentin Tarantino’s new film release, Django, Unchained, “the D is silent”. This movie opened to quite a bit of controversy, and movie-maker Spike Lee made his critique loud and proud, and of course I am paraphrasing, but he will not see it and he does not like what he’s heard of it. The majority of the flap surrounds the endless use of the “n word” – I got tired of hearing the word, but being a Southerner, I understand it was period appropriate and it should not have been surprising considering Tarantino is an “in your face” kind of movie maker.

After all that, I just want to say a few things about the film and a bit more about us. Quentin has created a work that has the magical attributes and the emotional depth to spawn reactions that draw up the vitriol we believed ourselves too evolved to experience, and the “n word” was not the chief catalyst.  I don’t think it was incidental but cleverly contrived, that Tarantino created a mirror and what we saw in it, was the merciless face of our present etched by the truth of our history.  We saw the monsters we became under the yolk, the sheep we became, and the greater ignorance of our condition. While this may not have been the truest rendition of slavery, neither was Spielberg’s Lincoln.  While Spielberg just omitted the slave’s story, Quentin grandly simplified its brutality, while beating his audience about the head (brain) with the clarity of the slave legacy.

Tell me, if you have seen the movie, that you don’t know a person, right here right now, that is Stephen the head house slave.  Samuel L. Jackson was beyond superlative, I will never forget the scene in the film when he has his arms around Leonardo DiCaprio’s character.  Quentin holds the mirror to our faces and dares us to look.  It is certainly understandable why some people were upset by the movie – it was a feeling reminiscent of my first viewing of Alex Haley’s Roots, but from a totally raw and unflinching place.  Django’s German bounty hunter partner brings a different perspective as someone who sees the institution of slavery as ludicrous, and dismisses it with the vigor that Candy (DiCaprio) embraces it.  They will be dissecting this movie for many years to come.

With all the divisive means by which we separate and discriminate against each other, this was a breath of fresh air, totally out of left field.  In 2013, our people are currently in a real state in this Nation, and we absolutely cannot look to the government or the President to address our plights.  If we start with a look in the mirror, maybe we can start to mend the divisions that keep us socially, financially, and politically at the bottom.

Imagine a time when we could pool our economic power, or work as a solid block politically, and not be satisfied with either the idea, that only one will be allowed to dine at the table so you have to crab barrel the sister or brother coming up behind you, or adopt the position, “I have achieved and I am not one of them”.

Here’s the real take away from this film – it’s a love story in a time when our people were not allowed to love, and a black man moves heaven and earth for the black woman he loves.  That was harder for me to believe.  But should you choose to see this film, try to figure out who you see characterized in the film.  Facing truth in an “in your face style” may be our only avenue to find our way to the vital conversation we should have had some hundred and fifty years ago, and was nearly lost to history. 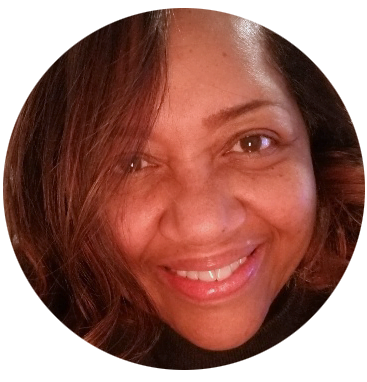